The model learns to play very well after 3000 epochs, but not completely flawless and it rarely loses in difficult cases (high difference between two wall entrances). Training process is pretty fast as there is no backpropagation, and is not very costy in terms of memory as there is no need to record actions as in policy gradients.

There is also a a web version available for ease of access.

Demonstration of rewards for individuals and the mean reward over time (y axis is logarithmic): 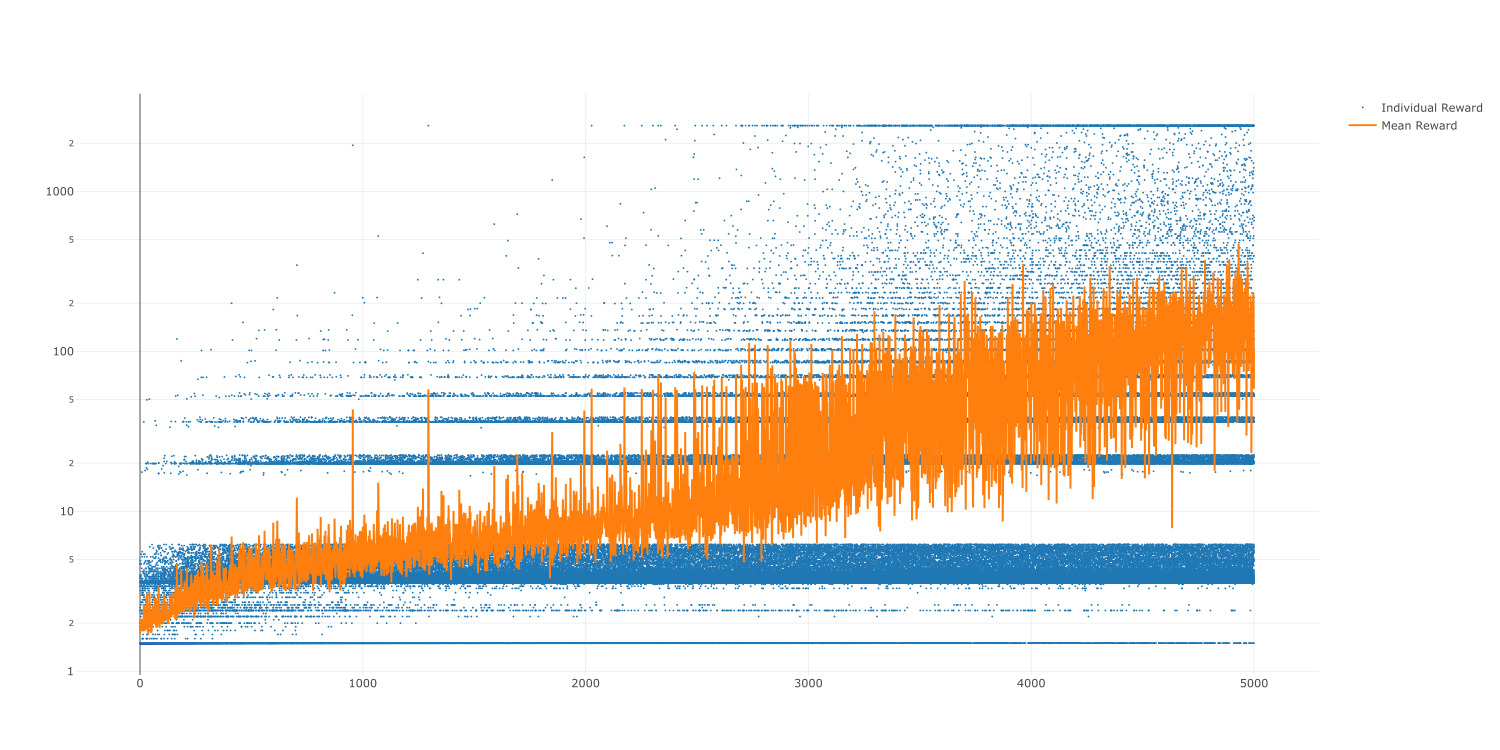 You need python3.5 and pip for installing and running the code.

First, install dependencies (you might want to create a virtualenv):

The pretrained parameters are in a file named load.npy and will be loaded when you run train.py or demo.py.

train.py will train the model, saving the parameters to saves/<TIMESTAMP>/save-<ITERATION>.

demo.py shows the game in a GTK window so you can see how the AI actually plays (like the GIF above).

play.py if you feel like playing the game yourself, space: jump, once lost, press enter to play again. 😁

pro tip: reach 100 score and you will become THUG FOR LIFE 🚬

It seems training past a maximum point reduces performance, learning rate decay might help with that. My interpretation is that after finding a local maximum for accumulated reward and being able to receive high rewards, the updates become pretty large and will pull the model too much to sides, thus the model will enter a state of oscillation.

To try it yourself, there is a long.npy file, rename it to load.npy (backup load.npy before doing so) and run demo.py, you will see the bird failing more often than not. long.py was trained for only 100 more epochs than load.npy.